(the post stuck in my drafts for 4 years, but I thought I’d better finish it as it’s been an important step in my own growth. The old post is in blue, the new response is in black).

In last weeks post I mentioned that I knew that I wasn’t a trail-blazer in being both a mainstream actor as well as a theatre-maker. Perhaps because I don’t move in those circles as often, or I often drop out of one or the other because a job or project comes along and takes precedence. What I’ve learned from working is that you have to keep up a momentum.

I’ve come to learn that an Actor has a fire inside of their being that cares about reflecting the humanity, in themselves or other people. The actor may be pliant, willing to be molded into the character, or bow to course of the story; or he may be stubborn or strong-headed about.

But an Artist is one with ideas (and I think this has lost me a few jobs, because I perhaps don’t sound pliant at auditions, but brimming with ideas about the play/film I’m auditioning for, when, really it’s just enthusiasm). I always think that I have been able to use that Artist side of my brain to come up with performances that are outside my comfort zone or have the roles that I’m comfortable with delivered with left-field interpretations and hopefully, an added depth or point of view that has nothing to do with my own ego. It’s to serve the piece. My role in ‘Cucumber‘ may have been seen as the most stereotypical portrayal of a gay character within the series and I was aware of this from the first read. What I understood of Russell T Davies’ writing is that everyone in that scene fulfilled a certain ‘type’ or function. We all had to be different with our description and my character was the stand-alone overtly camp one to ensure that a) there is an acknowledgement of Camp and b) there is an acknowledgement of the stereotype c) Henry’s character has to come out of it feeling the most ‘Everyman’ of all the characters, which is important to the series. Create within the boundaries. Create within. 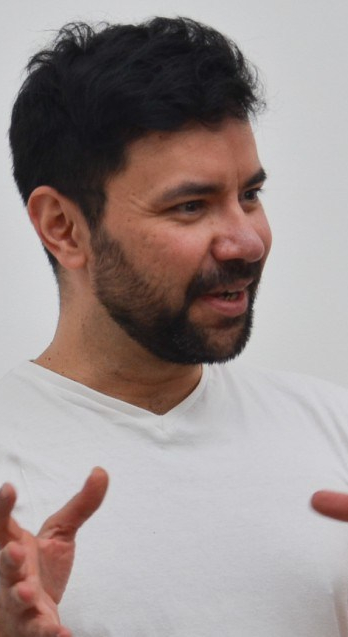 Since then… Expectations happened, Tides – my first feature film – happened. How do I feel about being this Actor/Maker? Are they so different? I still feel that I have a painter’s ego (my canvas, my colours, my strokes) and being an actor I’m just the paintbrush – I have my own qualities but someone else (usually the director, the writer, etc) will dictate the colours,  the canvas, and how I apply the strokes.

All the time I am aware that I am talking about my place in the entertainment industry. It’s not open-heart surgery or ending poverty. At one end it’s Love Island and the other it’s Shakespeare. Both ends are important to people on some level- especially if it’s to take a break from the never-ending grind we face daily or to find some enlightening experience of humanity that we might find life-changing.

Am I looking for a way out of the traditional system?

No, it’s here to stay and there are directors out there who really are worth their salt. I am looking for a hybrid. I’m looking for a particular way of working – to come in at a level of collaborator, co-creator. When it has happened in the past work I have done, I felt listened to, and felt like I was being necessary to the process. I’m getting older and a little more fussy about what I can and can’t do, though sometimes, I just can’t say ‘no’.

Am I being unfair to the amazing directors and writers out there that I have worked with?

Most definitely not. I have been lucky in that respect. I am looking for a way of working that is both commercial and collaborative. Not that the directors I have worked with haven’t been: the level of listening I’ve worked with has been heart-bursting and affirming that indeed I am on the right track. On the floor I have been allowed to play. That is what we get to do. And I have been very lucky to get to do it.